Across a range of motor and cognitive tasks, cortical activity can be accurately described by low-dimensional dynamics unfolding from specific initial conditions on every trial. These “preparatory states” largely determine the subsequent evolution of both neural activity and behaviour, and their importance raises questions regarding how they are ─ or ought to be ─ set. Here, we formulate motor preparation as optimal anticipatory control of future movements, and show that the solution requires a form of internal feedback control of cortical circuit dynamics. In contrast to a simple feedforward strategy, feedback control enables fast movement preparation and orthogonality between preparatory and movement activity, a distinctive feature of peri-movement activity in reaching monkeys. We propose a circuit model in which optimal preparatory control is implemented as a thalamo-cortical loop gated by the basal ganglia. 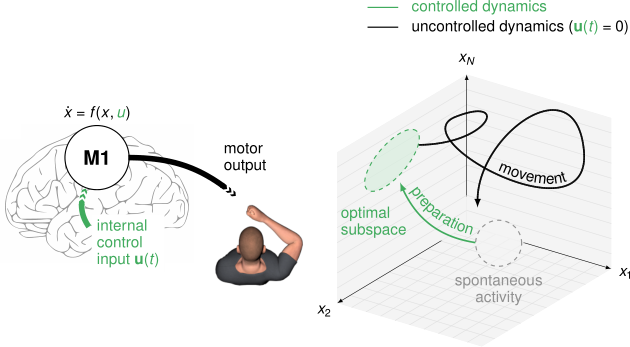