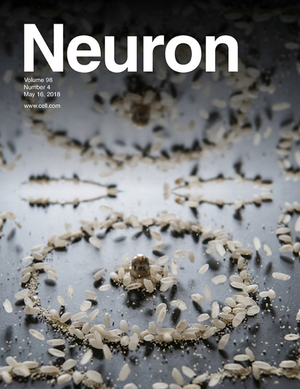 On the cover: The variability of cortical responses reveals fundamental properties of the dynamics of the underlying circuit. In this paper, we use patterns of stimulus-dependent variability in visual cortex to identify specific circuit mechanisms that generate and control response variability. The cover image is a photograph of a so-called «Chladni pattern»: as a sound makes a metal plate vibrate, high- and low-variability regions of the plate are revealed as regions repelling and attracting small grains of rice. Much like in the cortex, patterns of variability arise as an interplay between the «stimulus» (the sound) and the dynamics of the medium (the plate). Photograph by Gergő Orbán, with help from Miklós Vass, Máté and Dávid Lengyel. Artwork by Guillaume Hennequin.